See this video which explains how we lost natural medicine to the synthetic drug industry.

Excerpts from The Shaklee Story by R. L. Shook

In November 1917 Ruth gave birth to their first son, Forrest Clell Shaklee, Jr.  A few months later, the young family moved to Fort Dodge, thirty miles from Rockwell City.  Here Forrest ambitiously opened a facility that incorporated various specialties of medicine.   In addition to a fifteen-bed sanatorium, the offices contained thirty-two treatment rooms.  He hired a staff that included not only chiropractors but osteopaths, internists, general practitioners, and surgeons.  In the sanatorium, Forrest kept patients on vitamin-rich diets while he assessed individual needs for dietary supplements.   The clinic soon became busy and prosperous.

Although the clinic was thriving, many of Forrest’s patients were unable to travel from the country to Fort Dodge, so he continued making house calls.  This was a difficult and time-consuming part of his practice.   In 1918, when the major ode of transportation was still the horse and buggy, the young doctor purchased and flew a two-passenger Curtis airplane, one that could land in a patient’s field.  While Forrest may not have been the first flying doctor in the United States, he was certainly the first in Iowa, and soon his landings were cheered by excited crowds.

In addition to serving as administrator of his clinic, Forrest spent a great deal of time in X-ray diagnosis.   At the time, the hazards of excessive exposure to X-rays were not fully known, and the precautionary measures were not as effective as those taken today.  In 1921, concerned about severe ulcerating burns on his left shoulder and left hip, Forrest consulted a cancer specialist in Chicago.

As he feared, the diagnosis was cancer.  The doctor said the arm would have to be amputated to the shoulder.

“What about my hip?” Forrest asked.

“Your leg will also have to be amputated up to the hip.”

The specialist went on to say that even with amputation, the carcinoma might be halted for only a few months.

At the specialist’s urging, Forrest agreed to visit the famed Mayo Clinic in Rochester, Minnesota.   The diagnosis was the same: only amputation could arrest the spread of the cancer.

In the train on the way home, Forrest considered the future that had been painted for him.  His thoughts turned again and again to his son and young wife, who was expecting another child.  By the time he reached home, he had made a decision.  The cancer would not cut his life short, and he would not become a helpless amputee.

“I will live,” he told Ruth.   “I will heal. ,I know I can do it.”  With these strong words, Forrest made a deep commitment to act on his belief in the healing power of Nature.  He’d bet his life on it.

Within a few weeks, he sold the clinic and moved the family back to Davenport, Iowa.  There he began an intensive program of nutrition, continual blood analysis, and occasional fasting.  In order to have the freshest, most nourishing diet, he regularly drove to the countryside, where he purchased fruits and vegetables from farmers the same day they were picked.  This diet, he supplemented with large quantities of vitamins and minerals.

For several months, the ulcerated sores on his shoulder and hip showed no improvement; Forrest suffered enormous pain.  Yet he was certain that his healing depended on his positive conviction that he would heal; he never let that conviction waver.  On December 2, 1921, he had still another incentive to live.  His second son, Raleigh (nicknamed Lee), was born.

As the months passed, Forrest and Ruth detected a slow but steady improvement; the ulcerated sores began to heal.  By the end of 1922, they had been replaced by healthy tissue, and Forrest had regained the strength and energy of full health.  Not only was he alive and well again, but the defeat of the illness convinced him that his ideas on nutrition were absolutely sound.   He was more certain than ever that good nutrition could help other people too.

In spite of Forrest’s dramatic cure, medical specialists remained skeptical.  When Forrest visited the Chicago clinic, he was told the cancer was only in remission.  Similarly, the Mayo Clinic, while impressed by the “remission”, had no intention of pursuing Forrest’s theories about why healthy cells had been able to defeat carcinogenic cells.

The nutritional cure was not a simple one, Forrest agreed.   First, when he contracted the illness, he had been a basically healthy person; that was a highly significant factor.  Second, he had followed a diet he thought would best fit his needs.

Because individuals are unique, “we must approach ourselves and our needs accordingly.”  Certainly, there was no one standard dietary program which could be applied uniformly to treat disease.  The dramatic cure fueled his fervor to learn more and more about the natural way to health. 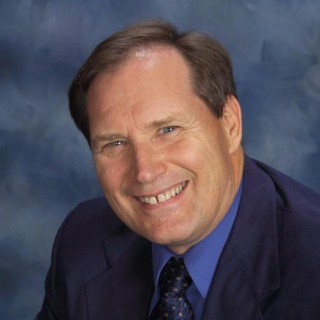 I am passionate about helping people gain control of their health. I accomplish this by designing individual programs including diet, exercise, stress management and the use of proven nutritional supplements to achieve this for my patients.